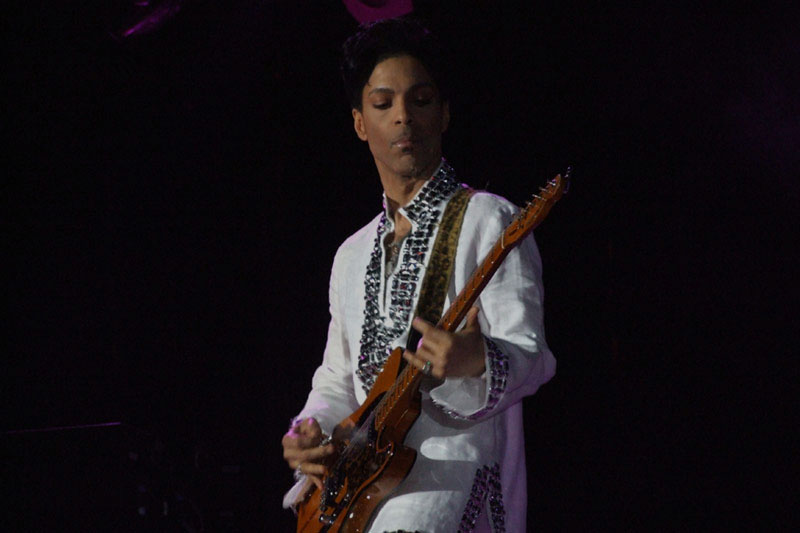 If Prince Owned Arkansas Mineral Rights, Who Would Inherit?

Prince passed away last Thursday, and while I personally have not finished mourning, the media has moved on from his passing and now is speculating about the inheritance of his property.  I imagine that the talk will only increase since it was recently asserted in court filings that he died without a will or other testamentary plan in place.

It is a fair question.  Several people cruise through life without a will.  It is especially common for young professionals, the generation that grew up listening to Prince.  Truth be told, young professionals, along with newlyweds, are the demographics who may need an estate plan in place the most.  I'll explain in more detail in a future post. First, let's see what would happen if Prince had owned Arkansas property, and died without a will.

Without a testamentary plan in place, inheritance of all property is dictated by Arkansas law.  That's right, the Arkansas legislature has enacted a set of rules that will direct the inheritance of your accounts, stocks, house, or any other property you own when you pass, in the absence of a will.  In Arkansas, heirship and inheritance in this situation is determined in this order:

1)  All of the decedent's estate will pass first to the intestate's descendants (children and the children of deceased children a/k/a grandchildren);

3)  If any portion of the estate remains, then it passes to the decedent's parents.  If both are living, they share equally.  If one is deceased, then the estate passes to the sole living parent;

5)  Many intestate estates are resolved by this point, but if items 1-4 do not answer the question, then Arkansas law dictates that the estate must pass to the decedent's brothers and sisters (and the descendants of any deceased brothers and sisters).  In other words, a separate share is created for every sibling, even if they predeceased the decedent.  Direct descendants, if there were any, would inherit the deceased sibling's share;

6)  If number 1-5 is no help, then the remaining estate will pass to grandparents, uncles, and aunts of the decedent, and in equal shares.  If there are deceased aunts and uncles, then a share is created for them anyway and their portion would pass to their direct descendants (decedent's first cousins).

7)  Having fun yet?  If number 6 doesn't get you there, then play the same game with great-grandparents, great-uncles and great-aunts.

8) Next up are the decedent's spouses's heirs, assuming the spouse is also deceased, and there are any heirs.

9)  If none of the above resolve the controversy, then guess who gets your stuff?  The government gets it, that's who.

It gets a little more complicated if the decedent was survived by a spouse.  He or she also is entitled to a dower/curtesy interest in all property owned by the decedent, which amounts to a fractional share off the top of the estate before it passes to anyone on this list.  Prince was not survived by a spouse, so let's not get into that today.


Even though Prince lived in Minnesota, Arkansas law would dictate the inheritance of his Arkansas mineral interests if he had any. It would require that his heirs also open a separate estate in Arkansas as well.  We know from news reports that Prince was married twice while he was alive, but was not married at his death.  He also did not leave any surviving children or grandchildren.  He had one child, but that child died soon after he was born.  Prince was not survived by his parents.  This takes us past level 4 on the list.

According to the petition filed to open his estate, Prince was survived by one whole-blood sister (Tyka) and five half-siblings (John, Corrine, Sharon, Alfred, and Omar).  He was predeceased by another half-sibling (Lorna), who apparently died without descendants.  In Arkansas, whole siblings and half-siblings inherit in the same manner. Therefore, his estate would initially be divided into seven separate shares, Lorna included.  Since Lorna is deceased, and did not have descendants, her share would pass to her remaining living parent, if there was one, or if no living parent, then to her other brothers and sisters.

Sound complicated?  Determining heirship percentages is easy compared to the actual division of assets among the heirs.  Consider Prince's hypothetical Arkansas mineral rights.  Conceptually, each of Prince's heirs would share in its ownership, as a tenant in common.  As co-tenants, they each would have an equal right to access and mine for minerals, but would be required to account to the others for their pro rata share of royalties and expenses.  What if his property also included farmland? All heirs need to be on the same page when deciding how to use and manage the farm.  If even one heir disagreed over the use of the property, then the property could be sold at a partition sale auction.

I Own Arkansas Property.  How Does This Translate to Me?

Prince may not have owned property in Arkansas, but you do.  If there is no other reason to have a will (and there are several other reasons to have a will), it is to avoid the nightmare scenario of a family squabble over the management, use, and division of your assets.  A will can resolve all conflicts before they happen by establishing rules for property distribution.  You can give more or less to a single heir, or even none at all.  You can also appoint the person who will manage your estate ahead of time.

Without a will, you are stuck with Arkansas law and the consequences associated with allowing the legislature to choose the fate of the estate.  And if you die heirless, all of your estate will pass to the government, in essence amounting to a 100% tax on your life's earnings.  I cannot imagine that anyone would sincerely want that result to happen to their property.