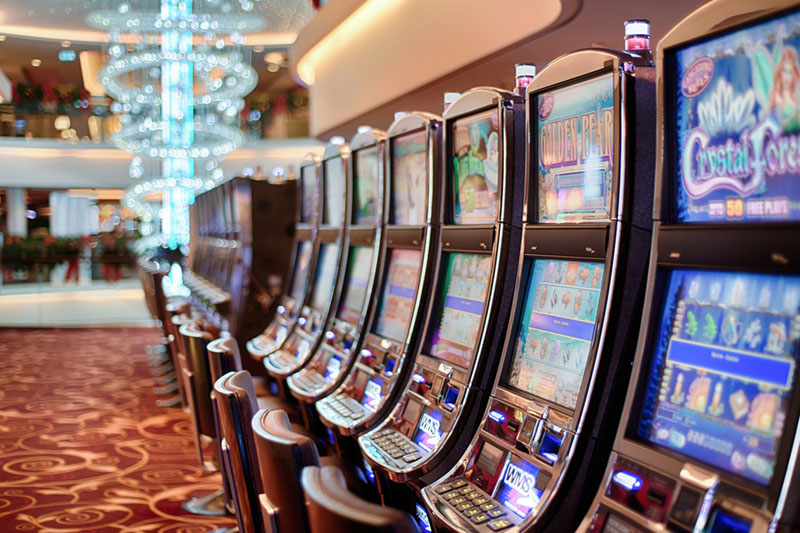 A few days ago, I outlined some items that Arkansas registered voters may want to consider before deciding on Ballot Issue 6, the Medical Marijuana Amendment of 2016.  This election is not just about medical marijuana; casinos are on the ballot too (again). This measure looks a little different from the initiative proposals you may remember. Issue 5, if approved, would authorize casino gambling in three Arkansas counties: Miller, Washington, and Boone.


You may have questions about the proposed amendment before you vote, so here are five things you should know before you go to the polls.
1. Who Will Operate the Casinos?
If Issue 5 passes, three separate companies would become designated licensees and operators of three separate casinos:
Washington County Gaming, LLC,
Arkansas Gaming and Resorts, LLC (operating in Boone County, Arkansas), and
Miller County Gaming, LLC
The individual, LLC's, and their "successors and assigns" would have the constitutional authority to operate the casinos, and each LLC would conceivably have the authority to transfer its license to a third-party down the road. The group that would receive the Washington County license has already indicated that it intends for the resulting casino to be operated by Cherokee Nation Entertainment.
2.  Where Will the Casinos Operate?
One casino would be operated in each of the counties of Washington, Boone, and Miller.  The sponsors, to date, have not identified the precise location. For those who live in Washington County, like me, you may be especially curious to know where the exact location would be.  Even if the casinos obtained constitutional approval, one would expect that the owners/operator would still be required to follow city and county zoning ordinances.  Thus, I wouldn't expect to see a casino near a residential subdivision.
3.  Has This Been on the Ballot Before?
Casinos have been a ballot topic since the mid-1980s. According to the University of Arkansas System Division of Agriculture, casinos were first on a voting ballot in 1984, when voters overwhelmingly voted to reject them in Garland County (Hot Springs), by a vote of 70.36%, against to 29.64% in favor.
In 1996, voters rejected another measure that would have allowed a statewide lottery and allowed Hot Springs, Arkansas voters to authorize a casino. This measure failed by a vote of 61.12% against, as opposed to 38.88% in favor of the proposal.
In 2000, a proposed constitutional amendment to allow casinos in Sebastian, Pulaski, Garland, Miller, Crittenden and Boone County was rejected by a vote of 63.76% against, to 36.24% in favor of the proposal.
In 2012, a casino ballot measure was initially proposed, but struck down by the Arkansas Supreme Court.
Although it was not up for a vote in 2005, the people voted into the Arkansas legislature did pass a law, codified as Ark. Code Ann. 23-113-201, that carved out a gaming exception for race tracks to allow wagering on "electronic games of skill."  This resulted in the race-ino style gambling halls at Oaklawn and Southland Park.  Issue 5 would authorize any style of gambling that presently exists in Nevada casinos, and in other states.

There should be some concern among Washington, Boone, and Miller County residents and property owners.  Since it is a "state-wide" measure, the proposal could pass, even if residents of Washington, Boone, and Miller County overwhelmingly voted to oppose it.  In essence, the entire state will determined the fate of Washington, Boone, and Miller County residents.
4.  Will the New Casinos be Regulated?
Yes.  If Issue 5 passes, the constitution will authorize the creation of the Arkansas Casino Commission.  Issue 5 does not say much about the proposed Commission except that it will consist of five members, all appointed by the governor.  Each will be on the Commission for five years. The Commission will have the authority to regulate the casinos and follow all casino-related laws passed by the legislature.
5. The Casino Amendment May or May Not Make it to the Ballot
As of today, Issue 5 remains in litigation, and may not make it to the ballot. A group known as Protect Arkansas Values has petitioned the Arkansas Supreme Court, and challenged the sufficiency of the signatures needed for Issue 5 to make the November ballot.  A "special master" was appointed by the Arkansas Supreme Court to review, and Monday, he issued a report, finding in particular that there were insufficient signatures to qualify the Issue 5 for the ballot.  The special master's report cannot determine issues of law.  Rather, all parties will now have an opportunity to brief those issues.  Protect Arkansas Value's brief is due October, 10, 2016.
Also, very useful is the University of Arkansas System Division of Agriculture's fact-sheet.  The Division of Agriculture is position-neutral on these issues, so the information is informative, and not muddled by propaganda.

It will be interesting to see whether the ballot measure makes it to the ballot at all. Even if it doesn't, how would you vote?  What else would you want to know about the casinos, or the amendment before you made your decision?
C. Michael Daily is an attorney with the long-established law firm of Daily & Woods, P.L.L.C. and is licensed to practice in the states of Arkansas, Oklahoma, North Dakota and Wyoming. Mr. Daily can be contacted by telephone at 479-242-3953, by email at This email address is being protected from spambots. You need JavaScript enabled to view it., or by regular post at 58 South 6th Street, Fort Smith, Arkansas 72902.  You can follow Mr. Daily via social network using any of the social network links in the right hand column of the page.  Disclaimer:  This blog is for informational purposes, is certainly not to be considered legal advice and is absolutely not a substitute for any of the benefits that are associated with the attorney-client relationship.